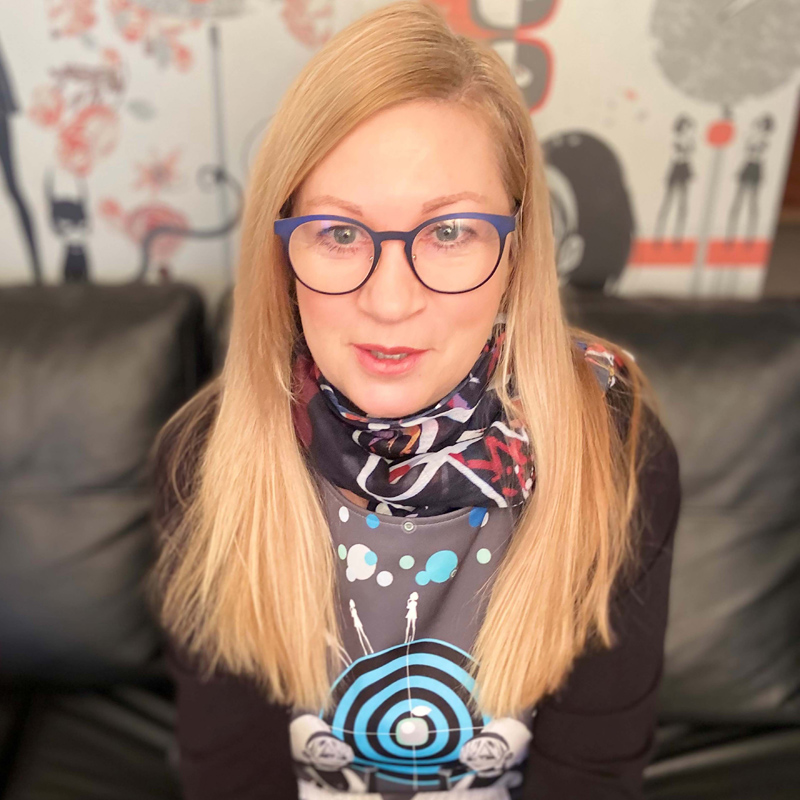 Her interests include painting, graphics, design and illustration.
She has illustrated over 50 books for leading publishers.

“I was born in a small town on the coast of the Black Sea, situated among vineyards and gorgeous ruins of ancient Greek and Roman settlements. As a child, I adored diving in the waves and looking for shards of ancient red-figured vases. I liked to draw columns and arches of antique architecture and read old legends and myths.  Books and architecture became intertwined in my life. I graduated from the Academy of Architecture, but the magical art of books has become my passion.

I like to work with water-based paints - watercolor, gouache, and acrylic. They are mobile and allow spontaneity when I paint. They make miracles happen!”